The Laurel Highlands Middle School Band program consists of three bands.  These are the 6th Grade Band, the 7th Grade Band and the 8th Grade Band.  The total enrollment of these bands is 150 students and growing every year.  Each band rehearses everyday for one class period.  These bands perform many times throughput the year both in concerts and parades.  Each group presents concerts in December and May.  In addition, the 7th and 8th Grade Bands combine in the fall and spring for parade performances as well.  Traditionally, the 7th and 8th Grade Band marches in the Uniontown Halloween Parade and the Americanism Day Parade (also in Uniontown).  The band has also participated in the Santa's Welcome Parade at the Uniontown Mall, the Pioneer Days Parade in Perryopolis and the National Pike Parade in Hopwood.  Also, these bands perform at some LHMS sporting events, pep rallies and our annual Veteran's Day Ceremony.

Students who participate in the LHMS band program traditionally begin instrumental music instruction in the 5th Grade at one of the four Laurel Highlands Elementary Schools.  Students are able to start instruction on the flute, clarinet, alto saxophone, trumpet, trombone, baritone or percussion (bells and snare drum).  Each instrument group receives one 20-minute lesson each week from mid-September through the end of May where each student learns to assemble and maintain their instrument, produce a characteristic tone on their instrument, read music and play exercises, melodic lines and etudes on their instrument.  Once the students enter middle school, they are placed in the 6th Grade Band and begin to learn ensemble techniques as well as continue their individual studies.  Currently, students are placed in their grade-appropriate ensemble with the exception of a few 7th graders being placed in the 8th grade band for instrumentation purposes.  Once students enter the 7th grade band, some may be asked to learn new instruments in order to complete the instrumentation.  These instruments may include the oboe, tenor saxophone, baritone saxophone, french horn and tuba.  Students wishing to join the band after 5th Grade are encouraged to see Mr. Miller to start the process.  This usually begins with the student getting some private instruction until they are ready to join an ensemble. 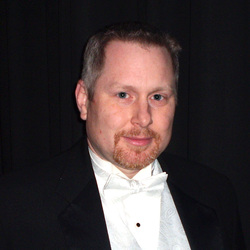 The Laurel Highlands Middle School Band is under the direction of Mr. Jim Miller, Director of Bands.  He is a 1989 graduate of Aliquippa High School, a 1991 graduate of Pennsylvania State University with an Associate’s Degree in Engineering Technology, and a 1995 graduate of Slippery Rock University with a B.S. in Music Education.

In high school, Mr. Miller was drum major of the Fighting Quip Marching Band for two years as well as principal tuba player for the concert band and bassist for the jazz ensemble.  In addition to membership in school ensembles, he was a percussionist in the Sewickley Civic Symphony Orchestra, Abbey Brass and Beaver County Wind Ensemble.

While at Slippery Rock University, Mr. Miller chose percussion as his major instrument but also took applied lessons in piano, trumpet and voice.  He was a snare drummer for the SRU Marching Rockets, principal percussionist for the SRU Concert Band and Wind Ensemble and was a member of the SRU Percussion Ensemble and Steel Drum Band.  In addition to instrumental ensembles, Mr. Miller was a two year member of the SRU University Choir and traveled to London, England as a bassist for a 10 day tour with the SRU Madrigal Choir.  Mr. Miller completed his student teaching responsibilities in the Blackhawk School District where he directed the 8th Grade Preparatory Band, the High School Concert Band, Indoor Marching Percussion Ensemble, 5th Grade Instrumental Music Lessons and General Music classes to 3rd, 4th and 5th graders.

Mr. Miller’s other musical interests include arranging for marching percussion, assisting with other high school drum lines, playing for various pit orchestras in the area, working in the Kendalland Recording Studio and frequently playing with the Jason Kendall Productions Band.

In his spare time, Mr. Miller enjoys spending time with his wife, Angie, and two daughters, Abby and Emma.  They have lived in South Union Township since 2001.